“The Office” Heads to Winnipeg 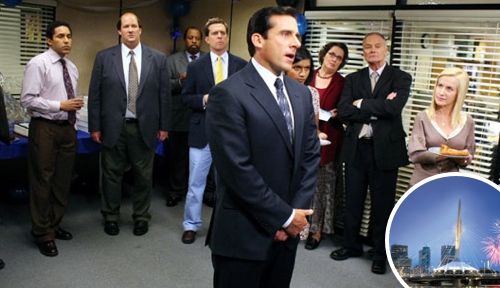 The hit NBC comedy “The Office” is coming to Winnipeg… sort of.

In an episode that will air on November 13, Steve Carell — playing the office manager of Michael Scott — takes a business trip to Manitoba’s capital.

“It seemed like Montreal was maybe too exotic and Vancouver also a little maybe too conventionally sexy, and Winnipeg seemed to strike the right balance between exotic and obscure,” Brent Forrester, one of the show’s writers, told CBC News in an interview from Los Angeles.

“The Office” airs every Thursday night on NBC.