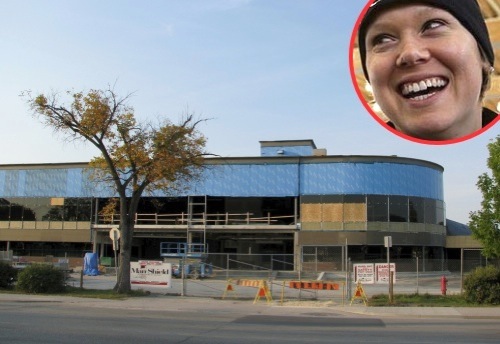 After $8.8 million in renovations, the new Cindy Klassen Recreation Complex at 999 Sargent Avenue is officially open.

Mayor Sam Katz, Premier Gary Doer, MP Steven Fletcher and the Olympic hero herself, Cindy Klassen, celebrated the opening earlier this morning.
“I’m honoured to have my name on the new recreation and leisure facility”, said Klassen. “It will be a wonderful place to gather, promote healthy lives and be a part of this great community. I’m very proud to call Winnipeg my home and your encouragement and support mean so much to me. In less than one year, the Winter Olympics will take place in Vancouver and I’m excited to be training and getting ready to race and represent Winnipeg and Canada. This facility will give young athletes the opportunity to fulfill dreams.”

The state of the art facility includes:

The Winnipeg-born speed skater and six-time Olympic medalist earned the honour of having her name replace what was then known as the Sargent Park Recreation Centre in 2007.

The project was made possible by an investment by the Province of Manitoba, the Government of Canada and the City of Winnipeg.

Pictured: An undated file photo of the complex during its extensive renovation process.