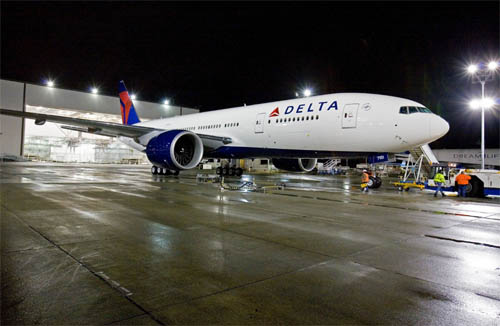 Your next visit to James Richardson International Airport may be a bit more colourful. Delta Air Lines is bringing its red, white and blue brand to the ticket counter.

The Atlanta-based airline is integrating its operations with Northwest Airlines, which announced their merger last fall. Northwest has been flying out of Winnipeg for over 80 years and its branding will see a noticeable change in the form of counters, gates, kiosks and other signage in the coming days.

What does this mean for passengers looking for more choices in direct flights to the U.S.? “At this point, Winnipeg Airports Authority has not been advised of additional routes,” Christine Alongi, spokeswoman with WAA told ChrisD.ca Monday afternoon. A representative from Delta said there are no immediate plans to add routes, but it may look at doing so in the future based on demand.

Delta Air Lines plans to complete its re-branding process throughout the U.S. and Canada by the end of 2009, and international locations by 2010.