Home » Columns » The Battle to Save CKX-TV

The Battle to Save CKX-TV

As announced late last week, CTV is selling CKX-TV. If a buyer cannot be found in the next 30 business days, the station will cease to exist at the end of August.

A staple in Westman’s history, CKX-TV has been the voice in Brandon and several surrounding communities for over 50 years.

Over the weekend a Facebook group was established and in just a few days it’s managed to garnish over 700 members. A few contributors have raised suggestions on possible ways the station can be saved. A few have suggested that perhaps the Craig family — who started the station in 1955 — can step back in and purchase it. Others have raised the possibility of a co-op to keep things running. That second suggestion is not very realistic.

However, one blogger has decided to start the bidding in an attempt to make sure the signal remains on the air. $24.38 is where the current bid stands. It’s also not realistic, but it made me laugh.

So, what does it mean to have CKX-TV in Brandon? That question was asked to several Brandonites, who gave a combined perspective on what the station means to the community.

If all attempts fail, these people will be out of work… 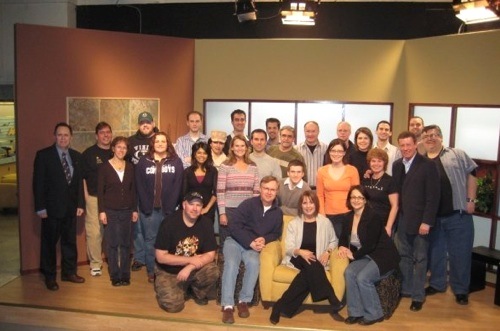