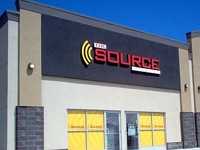 Canada’s largest telecommunications company has made a very large purchase.

Bell Canada has bought all Source by Circuit City electronics stores — 750 in total. There’s no word how much the transaction is worth, but you can bet it’s substantial.

While Bell won’t say how much coin they spent on the acquisition, they do say it’s far less than the $335 million paid by Circuit City in 2004 when they acquired the retail chain.

“Expanding the number of places people can buy Bell products is a core element in the execution of Bell’s strategy to achieve our goal — to be recognized by customers as Canada’s leading communications company.”

via The Canadian Press