The Secret to Marital Success? Sex! 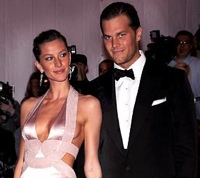 What’s the secret to a successful marriage? Sex — multiple times a week. (cue Marvin Gaye’s ‘Lets Get It On’)

A new study out of the U.K. says having sex three times a week and snuggling on the couch three times a day are among the keys to a perfect marriage.

The study was conducted on 3,000 adults who had been married for 10 years or longer. According to those asked, you need to “work” on your relationship. Those components include:

“After the wedding hype is over, the study shows how important it is to keep the magic alive with kisses, cuddles and romantic nights out,” said Carol Richardson, a spokesperson for Confetti.co.uk, which held the poll to mark its 10th year in business.

The poll also found that couples should date for three years and six months before getting hitched.