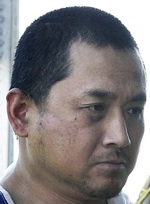 Vince Li has been found not criminally responsible (NCR) for the murder of Tim McLean on board a Greyhound bus last July.

The verdict was brought down by Queen’s Bench Justice John Scurfield. Li will now go to a mental health facility instead of prison, possibly in Selkirk.

Li attacked 22-year-old Tim McLean, who was sleeping at the time, then repeatedly stabbed and cannibalized him while on the bus near Portage la Prairie, Manitoba.

Should Li ever be released back into the public, he will not have a criminal record.

Meanwhile, Tim’s mother, Carol de Delley, continues to lobby for change to the justice system to see those found not criminally responsible be locked up for life. You can support her cause by visiting a new website the family has set up at www.TimsLaw.ca.