U.S. Government Wants to Smell You 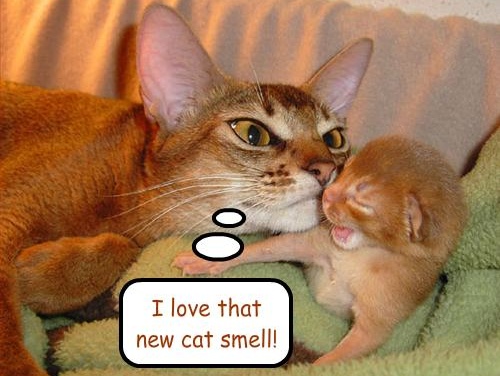 The U.S. Department of Homeland Security plans to study the possibility that human body odor could be used to tell when people are lying or to identify individuals in the same way that fingerprints can.

The agency said it plans to conduct an “outsourced, proof-of-principle study to determine if human odor signatures can serve as an indicator of deception. … As a secondary goal, this study will examine … human odor samples for evidence to support the theory that an individual can be identified by that individual’s odor signature.”

And you thought only animals were known for smelling each other (sometimes in inappropriate places). If you are lying, perhaps a bit more cologne or perfume will mask your deceit.

… and because I had such a hard time deciding on which photo to use in this post, check out some of these other cats.