Potential for Manitoba Flooding Has Increased 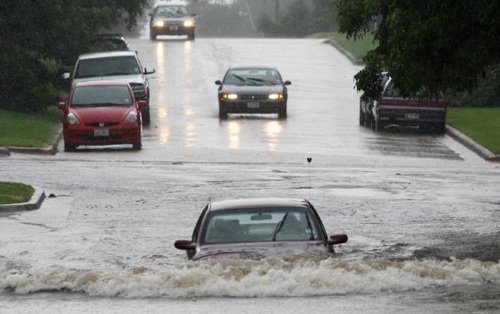 Manitoba Water Stewardship’s Hydrologic Forecast Centre has evaluated conditions for the Red River and an updated spring flood outlook indicates the potential for serious spring flooding in the Red River Valley has increased significantly due to a recent storm that brought heavy snow to areas south of Manitoba.

The March 10 blizzard in the U.S. portion of the Red River watershed was significant due to high soil moisture conditions and above-average snow cover which already existed in the U.S. prior to the storm.

The new outlook for the Red River in Manitoba is based on all available information including recent forecasts for locations south of the international boundary issued by the U.S. National Weather Service. It also looks at how three scenarios — favourable weather, average weather and adverse weather — will affect flooding.

Last week, officials in Grand Forks, N.D., declared a state of emergency after a winter storm dumped 13 centimetres of snow. The soil in the area was already saturated and had flood forecasters predicting high water levels.

The latest information on flood forecasts for Manitoba is available at:
www.gov.mb.ca/waterstewardship/floodinfo/

— With files from the Province of Manitoba and CBC News