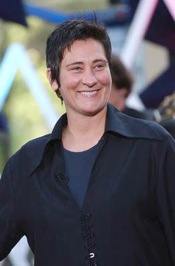 The 36th annual Winnipeg Folk Festival revealed some of its 2009 lineup over the weekend, with k.d. lang (she doesn’t capitalize her name) as the headliner. Other performers include Xavier Rudd, Neko Case, Iron & Wine, Watermelon Slim and Hayes Carll to name a few.

The summer festival at Birds Hill Park, which runs from July 9 to 12 is sure to have a genre of music for everybody.

Early-bird tickets are available until May 31. Weekend passes are $152, day passes $54; seniors, youth and children get a discount. Early-bird camping passes are $28. All passes available through Ticketmaster and the Winnipeg Folk Fest Music Store.

For a full list of performers and to purchase tickets, visit WinnipegFolkFestival.ca.