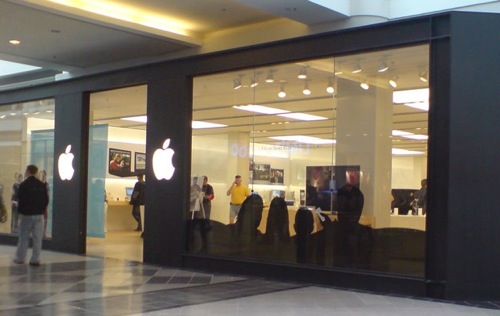 There was buzz circulating earlier this week when word spread of a possible Apple store opening up in Polo Park Shopping Centre. Access Winnipeg first reported that it may be a possibility, as Apple’s website has the option to apply for job positions at a future store located in the mall.

ChrisD.ca did some digging to try and get to the bottom of this. According to Apple spokesman Simon Atkins, “Apple does not comment on rumour of speculation regarding the announcement of new Apple Stores.”

However, Polo Park general manager Deborah Green did squash any rumour by saying, “Although there is a listing for future employment opportunities at Polo Park, we do not have an Apple store here and do not have a lease in place for a store in the future.”

But a posting Tuesday on ifoAppleStore.com apparently confirms the opening of two new stores — one in Vancouver and the other in Winnipeg. ChrisD.ca spoke to the site’s owner, Gary Allen, who told us, “Apple has posted job listings for the location, which are almost always a confirmation. There have been one or two cases where Apple cancelled a store after posting a job opening, but otherwise the job listing is always correct.”

So, Apple fans… never say never. Remember when we all thought IKEA would never come? We’ll keep you updated.