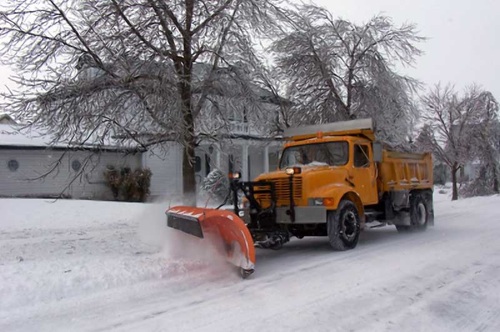 The City of Winnipeg is continuing with its snow plowing operation on main routes, bus routes and collector streets, after the city received 20 cm of snow since Wednesday. Sanding of streets is also ongoing.

Plowing of sidewalks on the three routes listed above, as well as sidewalks on residential streets is also underway. Plowing of back lanes started this morning at 7 a.m. and will continue daily from 7 a.m. to 7 p.m. until completed. The cost of this plowing operation is now estimated at 1.25 million from the $750,000 projected on Wednesday.

Truck plows and loaders will also begin plowing a single-lane pathway on residential streets to improve access to those roadways.

Thawing activities to open catch basins and culverts are continuing, though inclement weather conditions such as sub-zero temperatures and the accumulation of snow and ice are impacting operations. Pothole patching activities have been suspended until conditions improve.

Motorists are advised to drive with extreme caution when driving near any plowing or salting/sanding equipment.

The City will also be opening up the Kenaston and Ravelston snow disposal sites for public use tonight at 10 p.m. to supplement the McPhillips site.