While the Geese Play, Choppers Survey

Our regular photog at the Alexander Docks, Ernest Cucheron, took another great shot of some Canadian geese playing in the water on Sunday afternoon. They might be the only ones not complaining about the rising Red River. 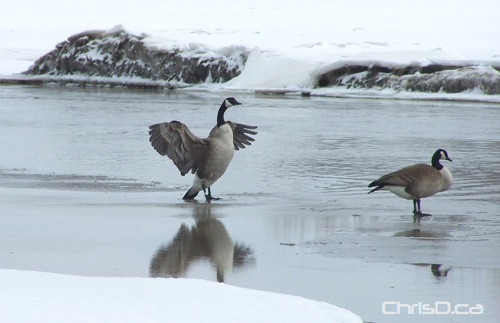 On Sunday I took a drive out to the Floodway gates south of the city. There were about half a dozen other onlookers along the banks of the Red taking photos and video. As I was there I spotted a helicopter flying above in circles surveying the water levels. Officials had also closed off the bridge that crosses the Floodway from Turnbull Drive to St. Mary’s Road. 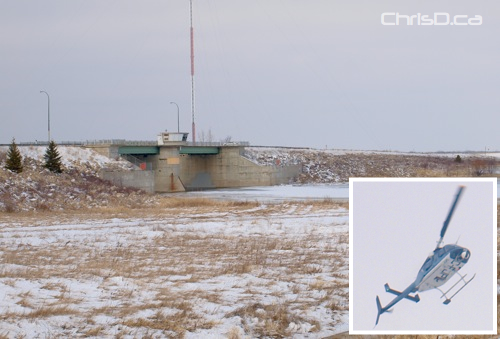