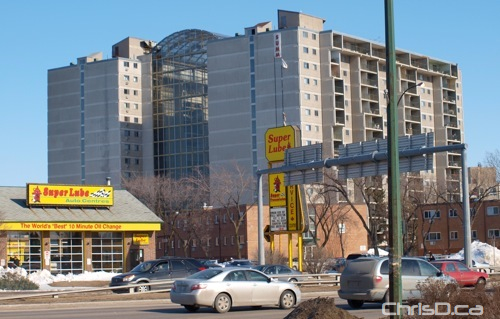 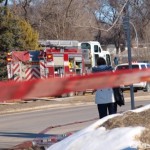 Two women were taken to hospital on Monday afternoon after a fire broke out in the Summerland Apartments at 77 University Crescent.

Smoke filled the building’s atrium, which forced an evacuation of the entire complex. The fire apparently started in a second floor unit in the east tower, later spreading to units on the third and fourth floor. 8 suites in total were badly damaged. It’s believed a resident was cooking with oil, which later ignited the blaze.

When fire crews arrived on scene they found one fire hydrant that didn’t work, and another that was dry. Therefore, another hydrant several yards away needed to be used.

Streets were closed around the scene and snarled traffic during the rush hour commute in all directions, including north and south on Pembina Highway.

There was an estimated $2 million in damages to the complex. The twin tower high-rise caters mostly to senior residents.