Home » Photos » Flooding, Ice Jams and Sandbags — We’re Used to It By Now

Flooding, Ice Jams and Sandbags — We’re Used to It By Now 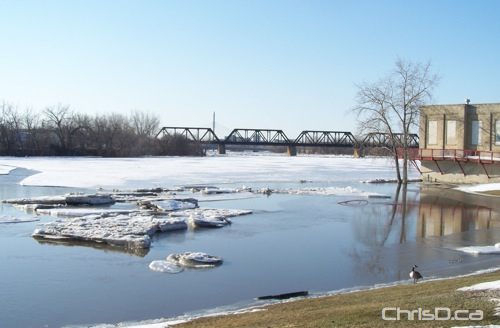 These great photos were sent in that show ice jams on parts of the Red River, as well as the overland flooding which has occurred recently. Provincial flood officials said on Saturday that the river is clear of ice now from the United States border to the north side of Winnipeg.

Pictured above: The Red River spills its banks near the Alexander Docks on April 10 as a lonely Canada Goose wonders what’s going on.

← Previous: School of Art Open House at U of M Next: Working to Get the Red River Flowing (PHOTOS) →
Tags: Flooding | Red River | Weather