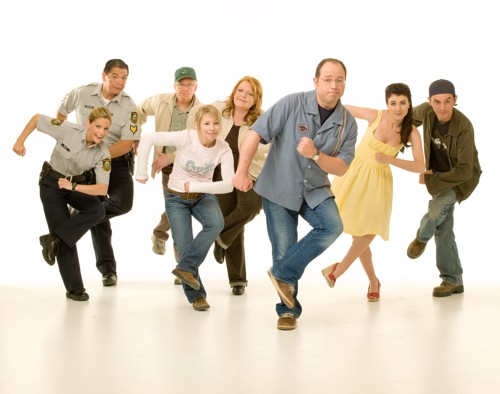 After six seasons on the air, Canada’s favourite lighthearted comedy will come to an end. “Corner Gas” celebrates its final show tonight at 8:30 p.m. central on CTV. Titled “You’ve Been Great, Good Night,” the top-secret finale has a very mysterious synopsis when Brent’s disappearance every Wednesday night has the whole town talking.

“Corner Gas” will be celebrated throughout the whole day, first with a one hour tribute beginning at 7 a.m. this morning on “Canada A.M.” Later in the day, the cast appears with fans on “Live at eTalk: The Cast of Corner Gas” (check your local CTV listings). Then following “eTalk” will be a special half-hour retrospective special going behind-the-scenes of the show.

April 13 will also be marked as Corner Gas Day in Saskatchewan later today. Premier Brad Wall will pay tribute to the series that put Dog River on the map and made the small town of Rouleau a tourist attraction.

Fans will also get a second chance to say goodbye to the little show that could, when the series finale airs again on The Comedy Network April 18.

The “Corner Gas” Season 6 DVD will be released June 9, 2009 and will include all 19 episodes of the final season, the television special “It’s Been a Gas” and footage of the final read-through. Seasons 1-5 are currently available.

View photos of my tour to the set back in 2006 and check out the other “Corner Gas” posts on ChrisD.ca.

— With files from CTV

← Previous: Google: It's Okay, We'll Be Discreet About It Next: Rod Stewart to Rock Winnipeg August 17 →
Tags: CTV | Saskatchewan | Television