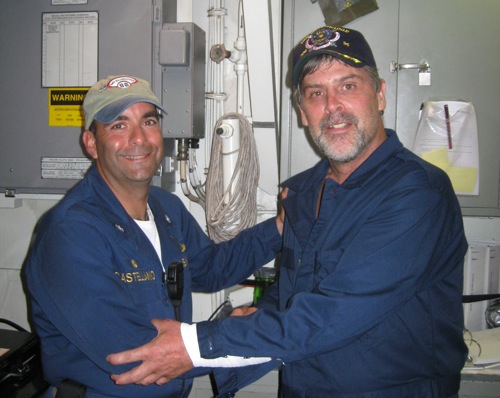 You knew this was coming. Just a day after Capt. Richard Phillips (right) was released after being taken hostage by pirates near Somalia, Spike TV has announced a deal for a show about U.S. Navy pirate hunters. Snipers from the Navy shot and killed three pirates last weekend, which ultimately led to Phillips’ rescue.

Producers say they have been in talks with the Navy for months, but only sealed the deal last week.

44 Blue Productions will be the driving force behind the new series. Additional details about the project haven’t been released.

Where is Capt. Chesley Sullenberger‘s show?