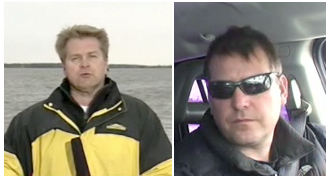 Two members of Winnipeg’s media have been nominated by the Canadian Association of Journalists for annual awards for outstanding journalism in Canada for 2008.

Crime reporter Kelly Dehn from CTV Winnipeg has been nominated for an award in the scoop category for his work on the emergency room death of Brian Sinclair story.

Photojournalist Joe Bryksa from the Winnipeg Free Press has also been nominated for work from his 2008 portfolio in the photojournalism category.