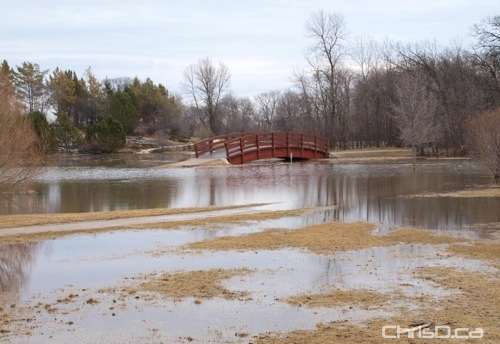 King’s Park in the city’s south end is not immune to the waters of the Red River. The park is entirely surrounded by water, which has also forced the closure of the walkway around the park. As the river has since crested, levels should go down, but it will still take several weeks for everything to completely dry out.

St. Vital Park is also in a similar situation I’ve been told. 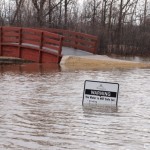