Controlling the Bunny Population with Explosives? 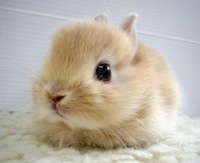 Oh boy, animal rights activists will be all over this one.

A surge in the rabbit population has been infiltrating the University of Victoria campus for years, but now the problem is spreading to nearby homes.

The university is facing pressure from the neighbourhood to do something about the estimated 1,500 rabbits running wild.

One solution to the problem is called the Rodenator. The device, according to its U.S. manufacturer, “delivers a precisely measured mixture of propane and oxygen into the tunnel or burrow of invasive pests. This mixture is then detonated by the operator, causing an instantaneous underground shock wave of concussive force that eliminates the pests and in some (species specific) cases collapses some of the existing tunnel structure thus preventing immediate reinfestation.”

Local veterinarians are opposed to the idea, as is the public. Veterinarian Nick Shaw has offered to perform vasectomies on the rabbits, but he says even that won’t solve all of the bunny problems.

Before any course of action is taken, approval from wildlife authorities and the university has to be granted, which could take up to a month due to paperwork.

— With files from CBC News