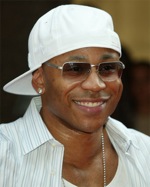 Just last week, LL was in Vegas promoting his new clothing line at TAO Nightclub. Fans can also look forward to seeing him on the small screen when he stars in an upcoming spin-off of the popular CBS hit show “NCIS”. It is scheduled to debut some time in 2009.

Tickets go on sale Monday, April 27 at 10 a.m. via Ticketmaster. Use the password HEADSPRUNG to get your tickets during the presale, which begins at 10 a.m. on Friday until 10 p.m. on Sunday.