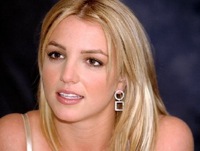 An April 8 Britney Spears concert at GM Place in Vancouver has a lot of fans demanding their money back. The show started off pretty smooth, but then came to a halt when Spears and her dancers left the stage due to poor air quality — mainly from marijuana.

The announcer stated that it was unsafe and “too smoky” for the show to go on. After about 30 minutes, Spears returned to the stage, but that didn’t satisfy some fans. Attendees said the smoke was due to production machines and not marijuana.

Now there’s a demand for a complete refund for anyone who attended the Vancouver show. A website has been setup at RefundFromBritney.com, where there are several photos of Britney smoking herself.

A blurb from the site reads:

Britney Spears, AN ALLEGED SMOKER, stopped her show for close to 40 minutes on Wednesday night, leaving all of her fans stunned. After an initial 20 minutes of silence (with no updates at all), some concert goers left the arena believing the concert had been canceled.