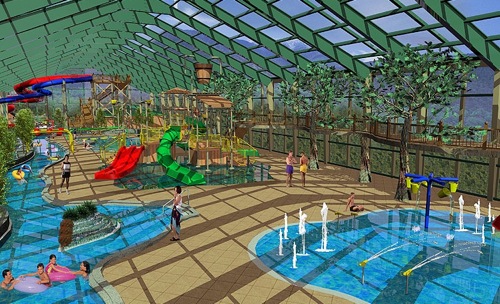 The idea of building an indoor waterpark in Winnipeg hasn’t completely gone away, you just didn’t hear much about it anymore — until now.

The City of Winnipeg will be reissuing an Expression of Interest (EOI) with respect to the design, construction and operation of an indoor waterpark. Basically, they’re looking for a new private company to come and build one so we can finally show up the folks over in Edmonton.

In early 2008, the City issued an Expression of Interest, recognizing the demand for an indoor waterpark. The 2008 call outlined how Winnipeg would make a maximum contribution of up to $7 million towards the development of the privately owned and operated facility.

In July, City Council approved the selection of Canad Inns as the preferred proponent for the design, construction and operation of an Indoor Waterpark. A grant in the amount of $7 million to Canad Inns was approved, subject to Canad Inns entering into satisfactory Public Access and Capital Funding Agreements.

Canad Inns has advised the City of Winnipeg that they are not in a position to proceed at the site at this time.

But the City hasn’t given up. They have an ongoing commitment to this project and desire to move forward immediately, therefore an Expression of Interest will be reissued in the near future.