Sea Turtles Need the Lights Off 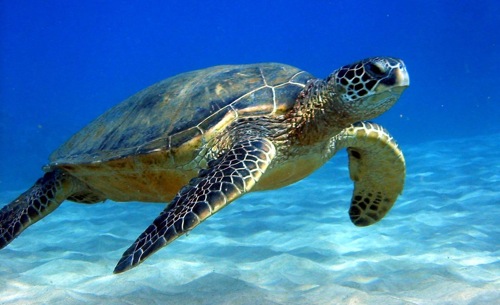 Officials in Florida are asking residents living near the state’s beaches to turn their lights off during nighttime hours.

The request is coming from the Florida Fish and Wildlife Conservation Commission as the sea turtle nesting season begins. Lit areas could disorient female sea turtles as they lay their eggs. The peak season for Loggerheads is in June and July.

The clutch may vary from 70 to 150 eggs. Each egg is roughly the size and shape of a ping-pong ball. The average interval between nesting seasons is two to three years.

— With files from CNN