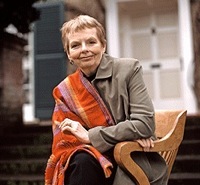 A special ceremony took place Sunday afternoon to celebrate the opening of the Carol Shields Memorial Labyrinth at King’s Park. The late American-born Canadian author is best known for her 1993 novel The Stone Diaries, which won the U.S. Pulitzer Prize for Fiction as well as the Governor General’s Award in Canada.

The Carol Shields Festival of Voices began at 9 a.m. this morning at the University of Winnipeg, followed by a day full of events leading up to the opening ceremony at the park.

Several dignitaries gathered to officially open the labyrinth, as well as Carol’s husband, Don, who cut the ribbon. The Honourable John Harvard, P.C., O.M., Lieutenant Governor and Acting Deputy Mayor Gord Steeves were also in attendance. Dancers from the Royal Winnipeg Ballet performed to round out the afternoon. 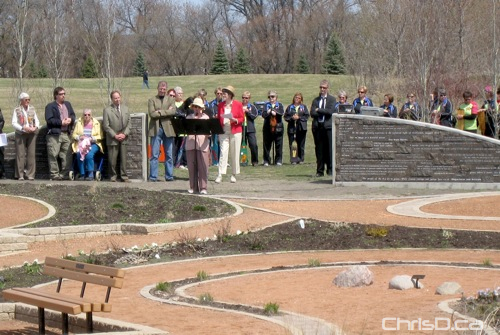 ← Previous: Don't Do This on Mother's Day Next: Man Dies After Jumping from U of W Residence Building →
Tags: University of Winnipeg