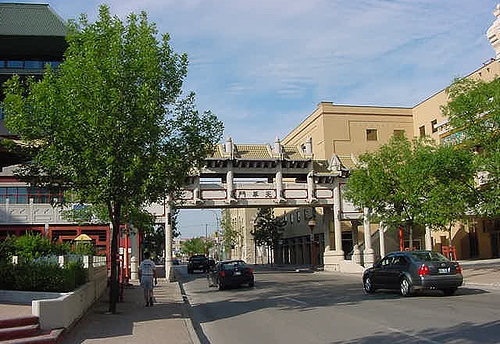 Today marks the 100th anniversary of Winnipeg’s Chinatown. The first Chinese families settled in the district around King Street and Logan Avenue back in 1909. A century later, Winnipeg Public Library is proud to contribute to the 100th anniversary of Chinatown through a public art exhibit launch and presentation to be held at the Millennium Library, 251 Donald Street beginning at 10:30 a.m.

Tina Mai Chen, Associate Professor of History at the University of Manitoba, will emcee the event.

Dr. Alison Marshall from Brandon University will give a presentation on the history of the Chinese people in Manitoba at 11:30 a.m.

This event, to be held in the Millennium Library’s Carol Shields Auditorium and Blankstein Gallery, is open to the public. Refreshments will be served.