Home » News » Three Locals Hope to Be Canada’s Next Astronauts

Three Locals Hope to Be Canada’s Next Astronauts 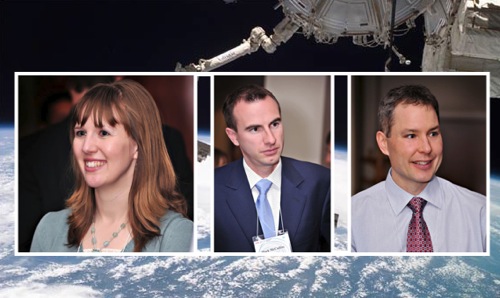 Three Winnipeggers are on a short list of the two new astronauts the Canadian Space Agency will choose on Wednesday. There are 16 candidates in total who have been put through a gruelling yearlong recruitment program. Out of the 5,351 applicants, the finalists were chosen in March 2008.

There is only one woman among the Top 16, Allyson Hindle from Winnipeg. Hindle works as a post-doctoral fellow at the Marine Mammal Research Unit at the University of British Columbia in Vancouver. The two other locals are Mark McCullins, a professional engineer and test pilot for the Canadian Air Force at 8 Wing Trenton, and Keith Wilson, a medical student at the University of Manitoba. Wilson’s career with the Canadian Forces included 14 years as a military Search and Rescue helicopter pilot and test pilot.

The decision will be announced at 1 p.m. ET Wednesday at the Canada Museum of Science and Technology in Ottawa.