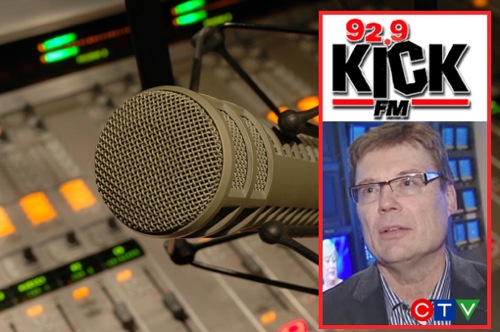 Host Marty Gold spent about 35 minutes talking about the TV biz with Hanson, who was only originally scheduled for a 5 minute interview, according to the show’s blog.

Hanson said CTV is losing money, but still remains Manitoba’s most watched news program with about 150,000 nightly viewers. He was also dealt the reality that Manitobans could just as well get the same news from other sources, such as competing broadcasters, websites like the Free Press, and blogs, including ChrisD.ca.

Hanson shot back by saying, “That’s niche.” If he’s referring to the niche that is Manitoba news, then we both have something in common.

Listen to an excerpt below: