Dozen of Winnipeggers got a chance to have a look at the proposed plans for a new southwest rapid transit corridor on Monday. The system would move passengers from the downtown to Jubilee Avenue as part of Phase 1, which is estimated to cost $138 million. 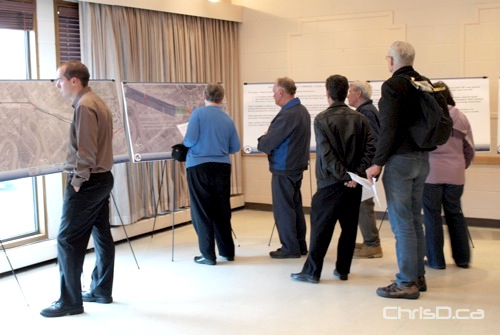 Above: People view proposed plans for a bus rapid transit system displayed at the Masonic Temple on Corydon Avenue during an open house Monday.


The next chance to get a peak for yourself is Wednesday, May 27 between 4 p.m. and 8 p.m. at the Winnipeg Convention Centre.

Construction is slated to begin this summer, with plans for a second phase extending all the way to Bison Drive near the University of Manitoba to follow. 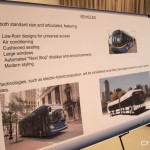 On the Net:
Rapid Transit Coalition