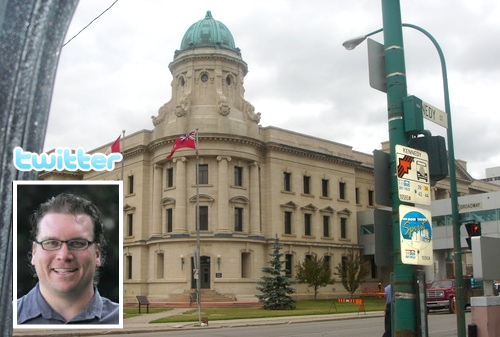 Winnipeg Free Press crime reporter Mike McIntyre was accused on Tuesday of Twittering from a courtroom where the judge had banned text messaging a day prior. McIntyre is in court reporting on the neo-Nazi/CFS custody battle case this week.

The lawyer for the stepdad in the case told the judge that McIntyre was texting while in the courtroom, but those accusations were quickly squashed when a lawyer for the Free Press was called in later in the day. Updates on the case are only being fed to Twitter outside during breaks, as per the judge’s wishes, says McIntyre.

Other Winnipeg reporters following the case have also reiterated the ban on texting via their Twitter feeds.

Usually a texting ban isn’t in place, but because there are children involved, the judge has taken extra precautions.

Follow @mikeoncrime to see the latest developments in the case.