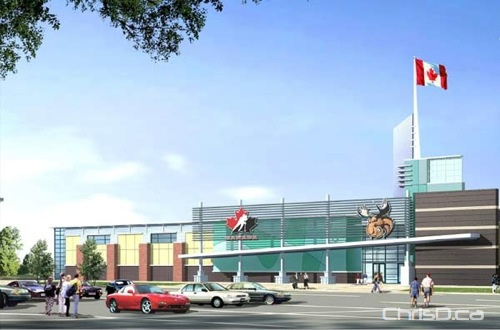 We may not be getting an NHL team anytime soon, but Winnipeg will soon be home to a new four rink hockey complex west of the city.

The True North MoosePlex Hockey Canada Centre will be located near Pointe West Auto Park by the west Perimeter and Portage Avenue. The hockey complex will receive $11.8 million in funding towards the $25 million project as part of Canada’s Economic Action Plan.

The Infrastructure Stimulus Fund is behind the project — announced on Friday morning — which is being built on property owned by the Chipman group.

Other lucky recipients of the Stimulus Fund include the Manitoba Sikh Cultural and Seniors Centre, and the United Way, which will be receiving funding to build its new headquarters.

Between other commitments announced earlier this month, a combined total of $177.5 million in stimulus spending will fund other projects, including: