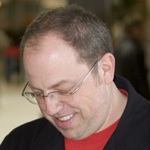 On the production slate for the 2010/11 season are two, 13-part comedy series. The first being “Hiccups,” executive produced and written by Butt himself. The series will also feature fellow “Corner Gas” cast member Nancy Robertson, who plays a children’s author with anger issues and Butt as her hapless “life coach.”

“Dan For Mayor,” from three of Canada’s most respected comedy writers and producers, Mark Farrell, Paul Mather and Kevin White, stars “Corner Gas” alumnus Fred Ewanuick as a 30-something bartender who runs for mayor of his hometown.