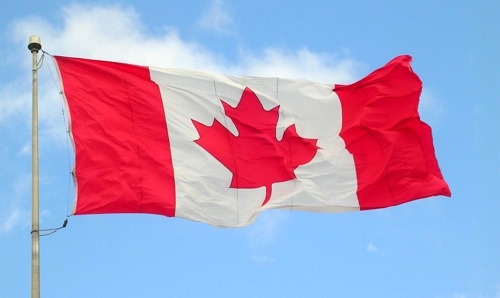 Canada Day celebrations will be held mid-week this year, but that’s no reason not to party! Several events are taking place across the city. Check out the full list of things to do below.

The Buffalo Stone Café at FortWhyte Alive will be featuring bison rib-eye steaks, burgers and smokies, along with a buffet of fresh garden salads and summertime desserts. Adults are $14.99, children 12 and under are $8.99. The BBQ runs from 11:30 a.m. to 3 p.m. No reservations.

Festivities include the $30,000 Canada Day Stakes, family fun events, such as pony rides, a petting farm and giant inflatables. The Honourable Steven Fletcher will be on hand to present the trophy for the Canada Day Stakes. After the last race, fans can go out onto the field to get jockey autographs on a commemorative photograph. Also on hand will be Ellusive Spell, the “painted” thoroughbred that is quickly gaining popularity. He will be paraded in the paddock for fans to admire. Post time is 1 p.m.

Canwest Park is where baseball fans will want to be at 4 p.m., as the Winnipeg Goldeyes take on the Schaumburg Flyers. The players will all be wearing Replica 1999 Team Canada jerseys. Pre-game ceremonies will feature members of the Canadian Forces. Tickets are available through Ticketmaster or at the Canwest Park box office.

Parks Canada is offering free admission to all national parks on July 1. Riding Mountain National Park and Lower Fort Garry are included on the list of Manitoba’s national parks.

Picnic in the Park

There will be a picnic at Assiniboine Park from noon to 10:30 p.m. The event is geared towards families and includes games and activities for children, exciting entertainment on the Lyric Theatre Stage and a fireworks display from Archangel Fireworks at dusk. Admission is free. Various food vendors will be on site.

The Royal Canadian Mint is once again opening its doors to the public with many fun family activities and entertainment. The action runs all day from 9 a.m. to 5 p.m. and includes a tour of the facilities and a BBQ from 11 a.m. to 3 p.m.

Osborne Village will be closed between River and Gertrude on Canada Day to make way for a street party filled with music, entertainment, merchants, food and great people.

Canada Day at The Forks

The Forks will of course have the usual festivities planned and be the most popular destination on Canada Day. A full roster of events begin at 10 a.m. with a scheduled lineup of musicians and other acts planned throughout the day. The biggest event will without a doubt be the fireworks display. There is way too much information to list here, so head on over TheForks.com for complete details. The Mayor will also make an appearance at around 6 p.m.

Winnipeg Transit will be operating a FREE Canada Day Shuttle linking Downtown, The Forks and Osborne Village. The FREE shuttle service begins at 12:00 p.m. and runs until 12:00 a.m.

Winnipeg Transit will also be operating EXTRA bus service on Route 11 Portage for travel between The Forks and Assiniboine Park. The EXTRA service begins at 12:00 p.m. and runs until 11:00 p.m. Regular transit fares apply.

Leaving The Forks (Post-Fireworks):
Buses to all parts of the city will be available northbound on Main Street at York.

Did we miss something? Send us your Canada Day event!