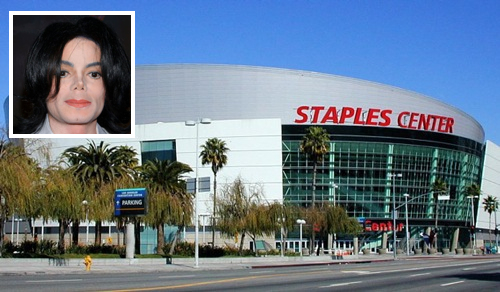 More than 1.6 million fans applied online over the weekend to get a chance to win a pair of passes to Michael Jackson‘s memorial on Tuesday. Only 8,750 names were drawn to attend the event, which will be spread out between the Staples Center and Nokia Theater is Los Angeles. Each name pulled received two tickets.

A quick search of Twitter brought up posts form several Winnipeggers who had also applied, including myself. I thought I was pretty fortunate by being able to log onto the Staples Center website minutes after the address was announced on Friday morning. Unfortunately, I was not one of the lucky ones selected.

There’s no word yet on what the memorial will actually include. Rumours of Jackson’s body being present are simply that — rumours.

But as the LAPD and AEG said last week, the best seat will be in your living room, as the Jackson family has arranged for a free worldwide pool feed of the memorial. Which basically means a designated camera will shoot the action and send out the feed via satellite to any station who wishes to carry the signal and show their viewers.

As plans for the memorial and funeral continue, authorities are investigating allegations that Jackson consumed painkillers, antidepressants and other medications. Several of Jackson’s doctors could also be in hot water if they’re found to have written prescriptions for the singer using aliases.