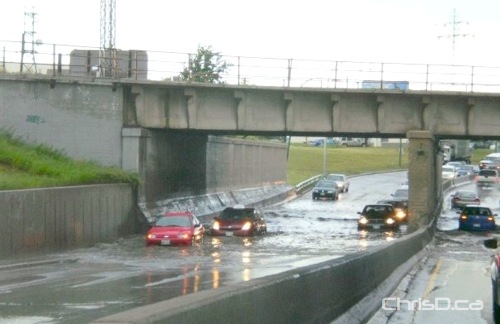 Heavy rain this morning caused severe flooding on several Winnipeg streets, including this shot above at the Jubilee underpass.

Power was also knocked out to homes in River Heights, and the Victoria General Hospital had to reschedule elective surgeries due to water seeping into the ceiling tiles.