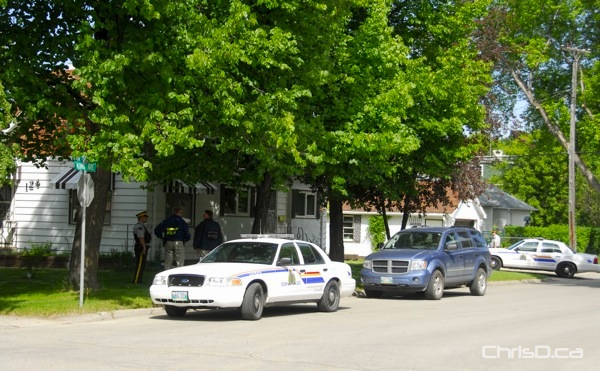 RCMP have a second man in custody in relation to the Amber McFarland investigation. Authorities first arrested a 40-year-old man on Wednesday, and on Thursday, a 39-year-old man was taken in for questioning.

Our friends at TheDailyGraphic.com sent along the above photo of RCMP at a home in Portage la Prairie. The residence, located at Fourth Street S.E. and King Avenue, was searched on Wednesday in connection with McFarland’s death. Members of the Winnipeg Major Crimes Unit are also assisting in the investigation, which is now considered to be a murder.