I am nominating my friend Curtis, who promotes 7-11’s Slurpee product pro bono by driving his 2008 Honda Fit with license plate “Slurpee” around Winnipeg. Since we are winners of the coveted Slurpee cup 10 years in a row, I have recommend 7-11 hiring him as a spokesperson! 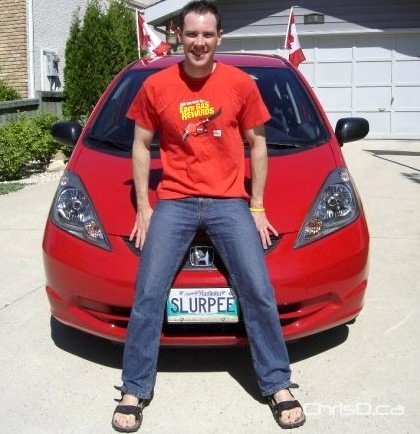 ChrisD.ca reached out to 7-Eleven’s PR department for comment on making Curtis Kopeschny their honourary Winnipeg spokesperson. They said they’ll get back to us in a little bit.

UPDATE: 1:23 p.m. — Laurie Smith, national communications manager for 7-Eleven Canada, just sent the following statement: “Die-hard fans of Slurpee like Curtis Kopeschny have helped to make Slurpee a part of Canadian culture. People like Curtis are why Manitoba is the Slurpee Capital of the World. Bravo Curtis and thank you!”