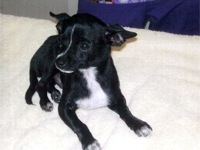 A man in California was arrested this week after “slam dunking” his three-pound, 10-week-old Chihuahua, called “Chipy,” to the ground.

44-year-old Javier Rodriguez Garza was arrested on Tuesday after failing to show up for a mandated court appearance related to the incident back in April.

Garza slammed the animal down after having an argument with a woman.

The dog suffered bilateral femur fractures and needed to be euthanized due to the extent of the injuries.

Garza faces one count of felony animal cruelty and one misdemeanor count of failing to provide an injured animal veterinary care.

← Previous: Second Arrest Made in Amber McFarland Case Next: Deals on Dentures at U of M →
Tags: Animals | Crime | United States