Jimmy Mac — “We Were Fired, Plain and Simple” 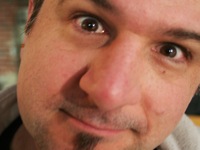 ChrisD.ca finally spoke to Jimmy Mac on Saturday, who said he had two job offers to consider within hours of his termination on Thursday — just like Terri Apostle did.

“I am honoured to have worked with many wonderful individuals at that station for the past seven years and hope one day to return to the airwaves in some form in the Winnipeg area,” the former Citytv “Breakfast Television” remote host said. “Having travelled the country for 11 years in the comedy industry there is no better city than right here in the Peg. Despite what may come out in the next few days when people realize that the two of us are gone, make no mistake about it… we were fired. Plain and simple. I am not bitter, angry or have any ill feelings towards the business.”

“It is like an athlete, a seven-year veteran who needs to move on to make room for the rookie player. Leave with class and dignity. I believe I did that Thursday afternoon. I felt it the night before, I wore a suit with a purple shirt and tie to resemble the colours of the Joker. Over the years, that was what I became to my fans. The fun guy always joking around. I know by the autographs and pictures people have asked for that they have enjoyed the humour and a few light moments we all shared,” Jimmy said.

While some would feel sorry for themselves after being given the boot, that’s not Jimmy. He says he’ll be having some fun with his time off, and it’s only a “new beginning for Jimmy Mac.”

Jimmy also wants fans to know that you can follow his adventures on Twitter at www.twitter.com/winnipegmac and to stop by Rumor’s Comedy Club July 21 – 25 to see him perform.