Goldie helped welcome Canadian hockey legend Don Cherry to Canwest Park on Sunday. Cherry made a special appearance at the Winnipeg Goldeyes game and spent five innings on air with Paul Edmonds, as the team took on the Gary SouthShore RailCats. 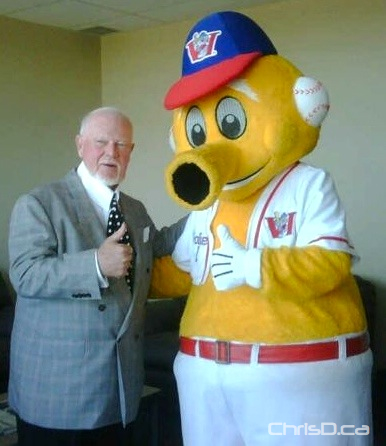 The hockey commentator has been in town the last week visiting the set of the movie, “Keep Your Head Up Kid: The Don Cherry Story.”

Global TV reporter Lorraine Nickel also caught up with him and did an interview, which will air on “ET Canada” in September. Lorraine says Cherry promised that Winnipeg will have an NHL team in the next 5 to 10 years. How confident is he about that? “I’m never wrong,” Lorraine quoted Cherry as saying. 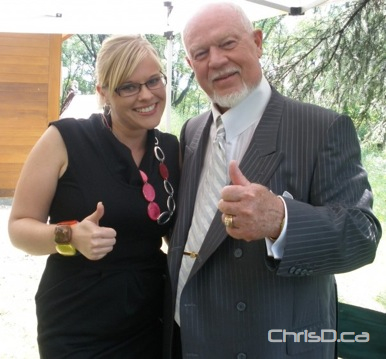