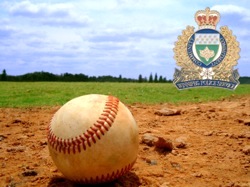 The Winnipeg Police All-Stars Baseball Team will be batting it out for charity tonight in support of KidSport Manitoba.

The boys in blue will be taking on the CFL Alumni All-Stars at 7 p.m. at John Blumberg softball complex.

More than $75,000 has been raised for KidSport Manitoba and other charities in the 18 years the WPS All-Stars have been participating.