Search Called Off in Report of Baby Thrown into Red River 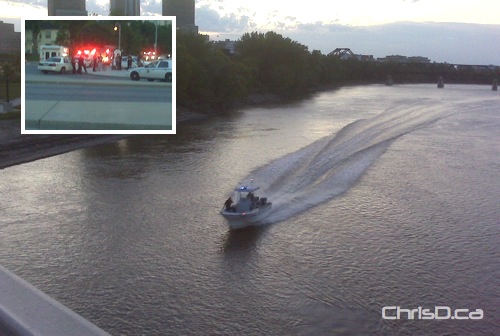 Emergency crews were on scene Sunday night responding to a report that a woman threw an infant over the Provencher Bridge into the Red River. The call came in just before 9 p.m.

At least a dozen emergency vehicles were at Provencher Boulevard and Tache Avenue for about an hour.

As darkness fell, the search was called off at around 10 p.m. Police said the report appeared to be “unfounded.”