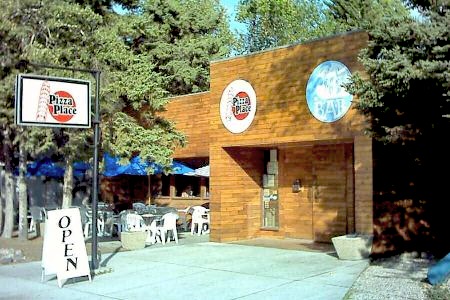 Fire crews were busy on Tuesday when two fires erupted near the resort area of Riding Mountain National Park.

An early morning blaze damaged the Pizza Place restaurant in Wasagaming (Clear Lake), RCMP said. The blaze started at around 6:30 a.m. this morning and appears to be accidental. Luckily, the fire was contained to the kitchen area.

Exact damage estimates are unknown at this time, but damage is severe due to smoke throughout the building.

Meanwhile, just a few kilometres south of Clear Lake, fire crews responded to a call of a blaze in a steel storage structure at Poplar Ridge Golf Course in Onanole, Manitoba shortly after 2:30 p.m. Golf course maintenance equipment was completely destroyed, as well as a small shed nearby. Damage estimates are also not known.

Both fires remain under investigation.

UPDATE: 6:39 p.m. — RCMP say that the Manitoba Office of the Fire Commissioner has deemed the Poplar Ridge fire also to be accidental.

Have photos of either fire? Send them to us!