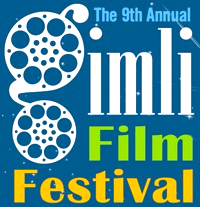 The 9th annual Gimli Film Festival will debut for another year beginning tomorrow. The five-day festival always promises to have something for everyone, with over 80 features, shorts and documentaries.

Like always, film buffs will have the chance to watch flicks on the 35-foot screen that rises out of Lake Winnipeg. Just make sure to bring a lawn chair and bug spray.

One of this year’s films, “Real Time,” is a Canadian film about a hit man played by Randy Quaid, who gives a compulsive gambler, Jay Baruchel, one hour to live. Most of you would likely recognize Jay from his days on the TV show “Popular Mechanics For Kids.”

The movie takes place in real time and its ultimate subject is what we do with the time we have in this world. The film begins when Andy, a hyperactive compulsive gambler, is plucked off the street by the calm yet imposing hit man, Reuban. Reuban tells Andy that he’s been dispatched to kill him. Andy doesn’t believe him at first. He figures it’s just another one of Reuban’s scare tactics to get him to pay off his gambling debt.

Ticket for the Film Festival can be purchased at the box office located at 66 1st Avenue in Gimli. Reservations can also be made by calling (204) 651-1440 or e-mailing [email protected]

For a complete list of films and showtimes visit GimliFilm.com