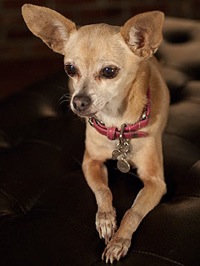 The lovable Chihuahua from the Taco Bell commercials has died.

Gidget, the 15-year-old dog seen ’round the world in the fast food giant’s ad campaigns, suffered a stroke earlier this week.

Besides her Taco Bell fame, Gidget also appeared in a commercial for the ’90s edition of Trivial Pursuit, People.com reported.

Her trainer, Sue Chipperton, said that she always loved the spotlight and knew to look at the camera.

Gidget was first featured in the Taco Ball ads beginning in 1997, and was voiced by Carlos Alazraqui.