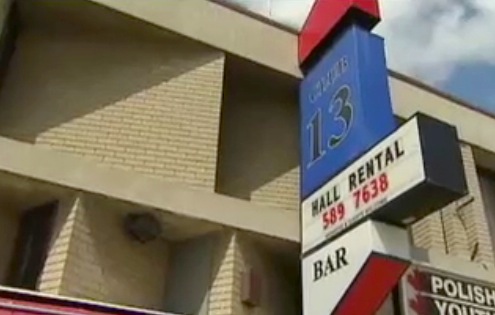 Folklorama’s Warsaw Poland Pavilion will still take place at the Main Street venue where a woman was shot and killed on Saturday night.

As you’ve most likely heard, 50-year-old Cheryl Robert was shot in the head while attending a wedding social at the club over the weekend. A gunman fired rounds through an open backdoor into the crowded building; wounding two others in the process.

ChrisD.ca readers who sent e-mails in on Monday said that they would have mixed feelings about attending the pavilion at 1364 Main Street. “It certainly wouldn’t be on my shortlist of venues to attend,” Alana Robinson said. “There are better areas of town to attend Folklorama… I’d be weary to venture into the north end until the crime gets under control,” said Kevin P.

Folklorama kicks off August 2 and runs for two weeks. For a complete pavilion guide visit Folklorama.ca