Home » Photos » Behind the Wheel of Google’s Street View Car

Behind the Wheel of Google’s Street View Car

Since April, Google has been roaming our province shooting photos for its Street View application. Dozens of sightings have been reported since they arrived, but all has been quiet for a few weeks — until now.

According to eBrandon.ca, the Google car is in the Wheat City once again. And this time, it appears to be peaking over the fences of unsuspecting citizens — although, I’m sure not on purpose. There has also been a report of the car being up at Grand Beach last week.

Now we finally have a shot of what the driver looks like — well, one driver at least (there are two or more). 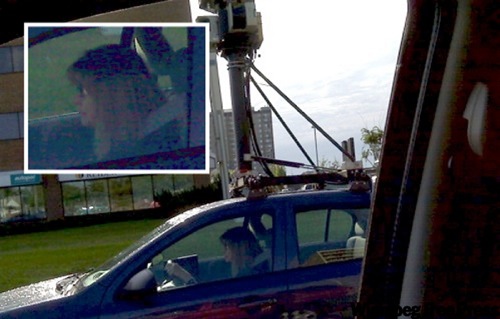 Nerds everywhere are probably going crazy at the thought of a chick working for Google.