The Winnipeg Comedy Blow Out — August 20 at Hooligan’s 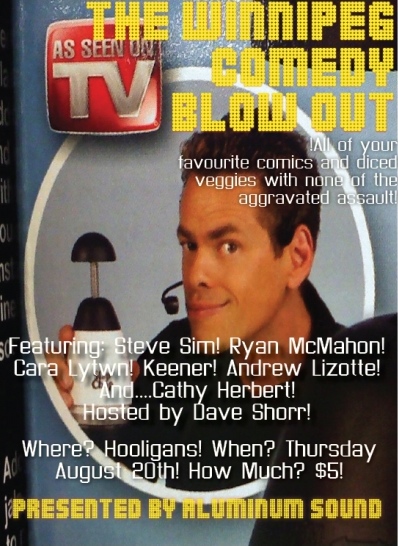 Get ready to laugh as The Winnipeg Comedy Blow Out kicks off Thursday, August 20 and begins a monthly bout of high quality stand-up comedy.

“There are many opportunities to see stand-up in this city,” said Dave Shorr, the event’s organizer. “The problem is that they’re either very expensive or of a standard that is unpredictable. The comics performing at The Winnipeg Comedy Blow Out are local and established in the scene and have proven themselves time and again as very funny.”

Tickets are just $5 at the door, with the show beginning at 9 p.m. sharp at Hooligan’s Neighbourhood Pub, 61 Sherbrook Street.