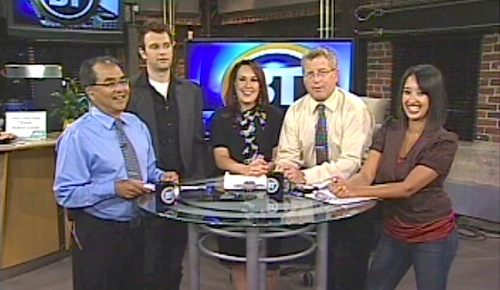 After reporting exclusively last month that Evan Campbell (second from left) would be joining Citytv’s “Breakfast Television,” the 20-something-year-old filmmaker finished day 2 of his new gig on Friday.

That table looks pretty full. Is there really room for that many people on the show?

Maybe Evan will turn out to be a good addition, but right now he looks like the odd man out.