Home » Columns » Winnipeg Police Must Ticket Every Shift, or Else…

Winnipeg Police Must Ticket Every Shift, or Else… 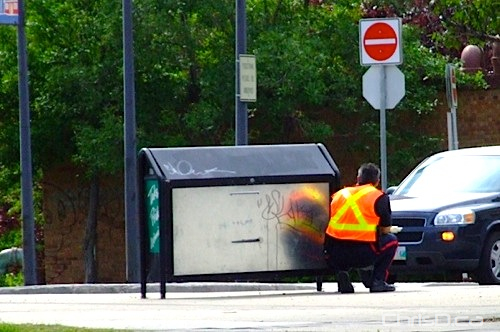 Winnipeg police officers must now hand out at least one to two traffic tickets per cruiser car, per shift, an internal memo says. CTV News broke the story Thursday night saying that this order comes from top brass and is not meant to be a cash grab. Apparently keeping the streets safer is what’s behind the idea — although most would disagree.

These new guidelines also pertain to officers working in the tactical unit. Therefore, in between knocking down doors and executing search warrants, officers must find a few minutes to ding a motorist for not having a front licence plate (which will run you $107, by the way).

Those officers who do not meet their quota face penalties, the memo supposedly says.

CTV quoted city councillor Gord Steeves as saying the idea to get officers to hand out more traffic tickets did not come from City Hall. Mayor Sam Katz would not speak on the issue, citing it was an administrative matter.

Why do I have a feeling business for Len Eastoe of Traffic Ticket Experts is suddenly going to increase? Guess it’s not bad news for everybody.

The initiative was originally brought forward in June and is already underway. The photo you see at the top of this story is from Thursday, where a member of the Winnipeg Police Service secretly tries to catch speeding motorists near the Midtown Bridge.

UPDATE at 5:30 p.m. — Many readers have been e-mailing in to ask if we can get a hold of the internal memo and post it for public viewing. We contacted CTV on Thursday night, and they got back to us late today. CTV says the documents were obtained from a confidential source and cannot be disclosed.